Belur and Halebeedu are two small temple towns in Hassan District of Karnataka but placed in an esteemed pedestal for its marvelous temples built by monarchs of Hoysala dynasty who ruled this region during 1026 CE to 1343 CE. There are more than hundred Hoysala Temples scattered around obscure villages like Belavadi, Javagal etc but the most famous and prominent ones are situated in Belur and Halebeedu.

Both destinations can be covered by a day trip from Mysore or Bangalore. But its better to halt for a night to explore the sculptural marvels at leisurely pace. Many stay at Hassan which is a major town and transport hub in the district but I decided to put up at Belur to optimize the travel and time as I did not took my vehicle rather used public transport.There are numerous KSRTC bus as well as private ones to Hassan and further local bus or autos or cab can be hired to cover the places. As we decided to stay at Belur(KSTDC run Hotel Mayura Velapuri) , we took the KSRTC Airavat service to Chickmagalur which goes via Belur at 8:30AM from Bangalore.

Airavat buses are AC Mercedes Benz service comfortable enough for 3.5 hour journey through scenic NH 75 which is as smooth as butter.After Hassan town it takes a state highway. The Chennakeshava Temple is located conveniently within a km. There is a quintessential tall Gopuram(Gateway Tower) at the entrance along with a fortified wall. Inside the temple is centrally located in a vast courtyard. Numerous sub shrines exists around different corner. 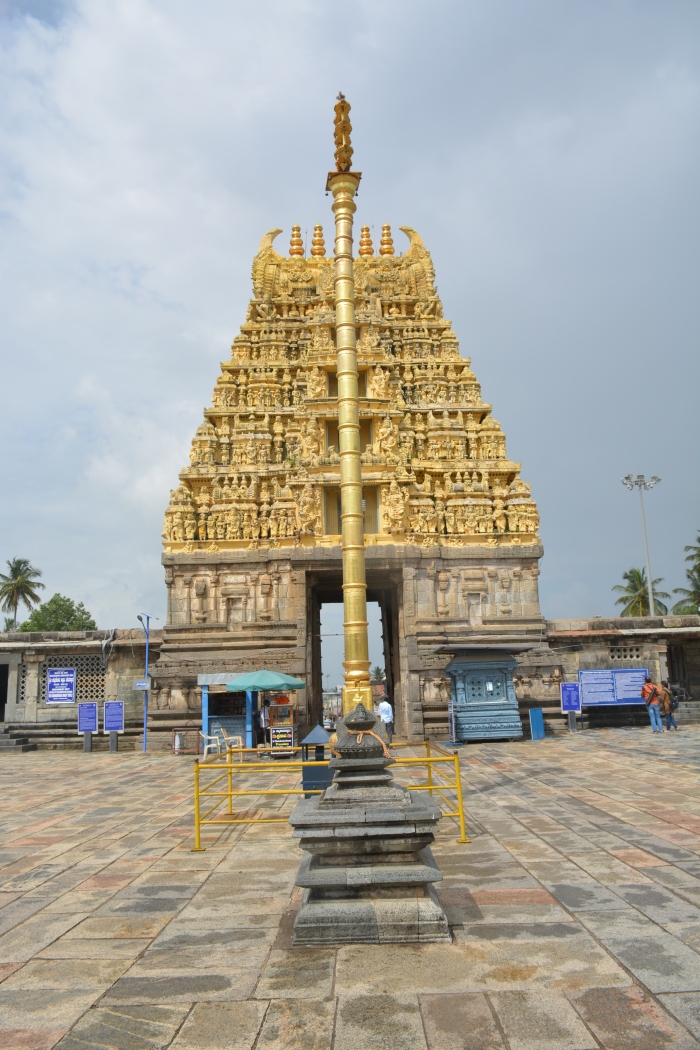 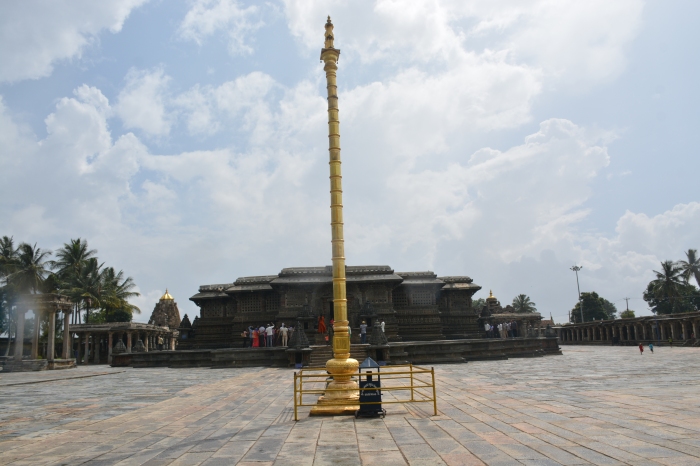 It was commissioned by King Vishnuvardhana in 1117 CE to commemorate a military victory over the Cholas in Talakadu. It took 103 years to complete.It is dedicated to Lord Vishnu and still in active worship. It is one of the finest product of Hoysala architectural and sculptural excellence and innovation. It is erected over a star shaped raised platform and the walls are adorned with intricate carvings and sculptures. Use of soapstone was a trademark of Hoysala’s innovation which allowed them to master the art of sculpting to celestial excellence. Each wall of the temple is an art gallery which mesmerizes the onlooker. The bewitching beauty of the sculptures leaves the visitor awestruck. 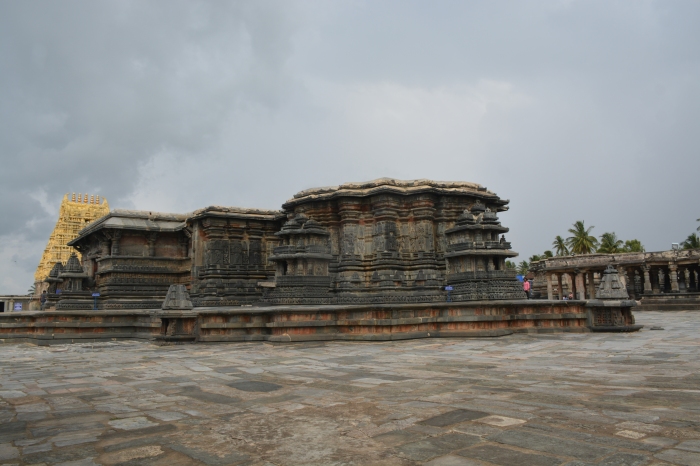 Halebeedu is located 16 kms from Belur. We took a local bus to Halebeedu. It is a tiny village. It was the old capital of Hoysalas. Here the prime attraction is the Hoysaleswara Temple situated inside a sprawling lush garden. It is dedicated to Lord Shiva. It was also patronised by King Vishnuvardhana. 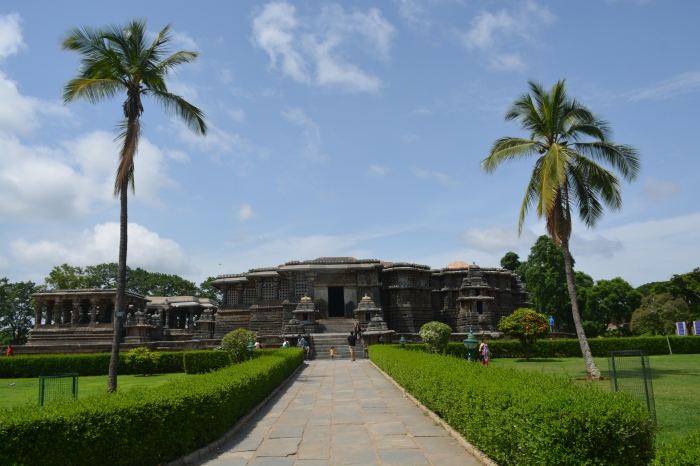 Its walls are richly carved with an endless variety of Hindu deities, stylised animals,birds and friezes depicting the life of Hoysala kings.The temple doorways are highly ornate while the outer walls have rows of intricate figures narrating episodes of Ramayana, Mahabharata and Bhagavad Gita.

Kedareshwara Temple situated in a km is another lesser visited but beautiful temple. This temple built by Veerballa II and his younger queen Abhinava Ketala Devi in 1319 CE is one of the finest and most exquisite specimen of Hoysala architecture.The basement of the temple has a large number of sculptured friezes with images of marching elephants and charging horses. The upper part of its walls bear beautifully carved images of Hindu pantheon under elegantly designed floral arches. 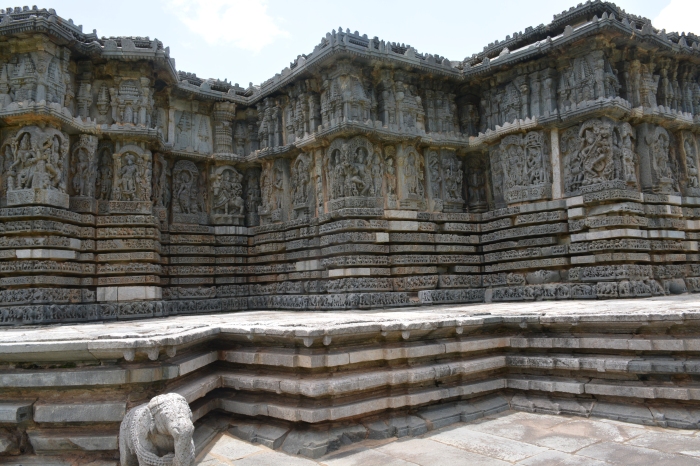 There are two Jain temples(Basadis) dedicated to Parswanath and Shantinath. Both are co located in a single quaint premises. There are monolithic statues of the aforesaid Jain monks inside the sanctum. 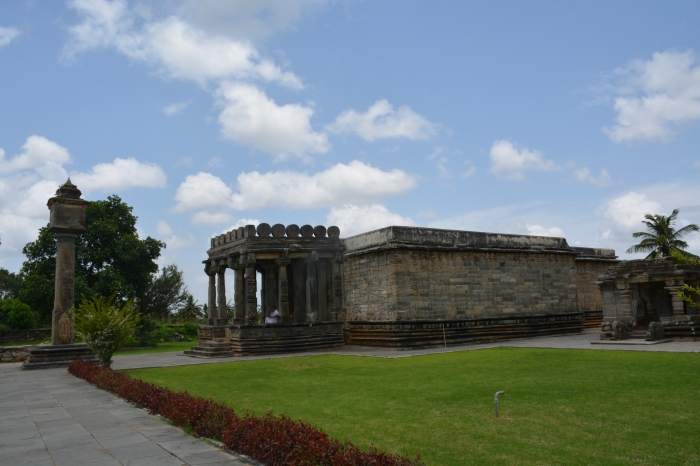 4 thoughts on “Belur and Halebeedu – Marvels of Hoysala Empire”