2016….A Year to Remember as it yielded to be pretty full of travel to awesome places and enriching unforgettable experiences. 2016 has taken me to various places and I could make the big leap…solo travel abroad, twice. An year well spent wandering from urban conglomerates to lofty mountains, virgin forests to white sand beaches, pristine islands to deserted sand dunes, witnessing eclectic culture to mind boggling architecture. What an amazing year of exploration it had been.

Early in January, managed to revisit the Lucknow, the Gem of the Oudh. Lucknow with its famous landmarks as well as less visited ones gave immense pleasure. The lesser known monuments and food scene of Lucknow was really enjoyable.

My trail led me to almost hardly known Valmiki National Park in the Terrais in remote corner of West Champaran, Bihar where I found myself among magical virgin forests of Valmiki Tiger Reserve as well as the more famed Chitwan National Park, Nepal on the other side of the imaginary border.

February, took me to another eclectic cultural hot spot of Bhopal, at the heart of India. The colorful markets, huge lake and the monuments of erstwhile Bhopal state was so charming. The lesser visited Islamnagar was very charming away from the huge crowds.

This trip eventually led to the famous and marvelous Sanchi Stupa, a masterpiece of Mauryan Architecture and  an important landmark of Buddhism in India. Serenity at Sanchi is appropriate for the cause it was built till date and its an architectural masterpiece that influences several other famous monuments later built in India. 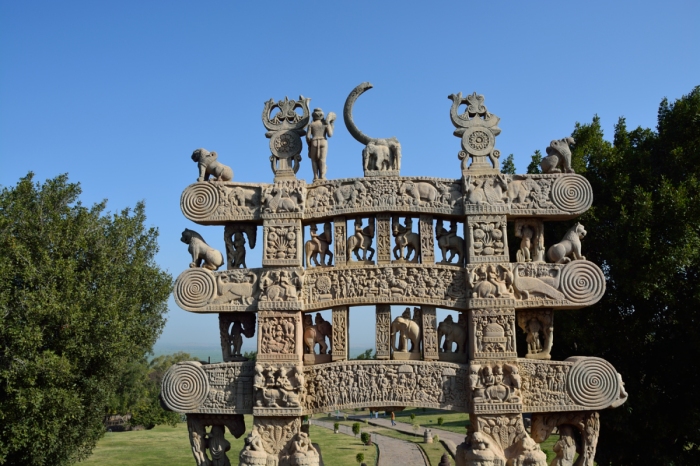 This very trip gave a chance to sneak a peek to the Jhansi Fort while on transit. Though the fort is mostly ransacked by the British in aftermath of Great Rebellion of 1857, it is a must to feel the valor and sacrifice of Rani Laxmibai, the 20 year old Queen of Jhansi who fought a valiant war against the impounding British Imperialism, martyred and still living in hearts of billions of Indians. 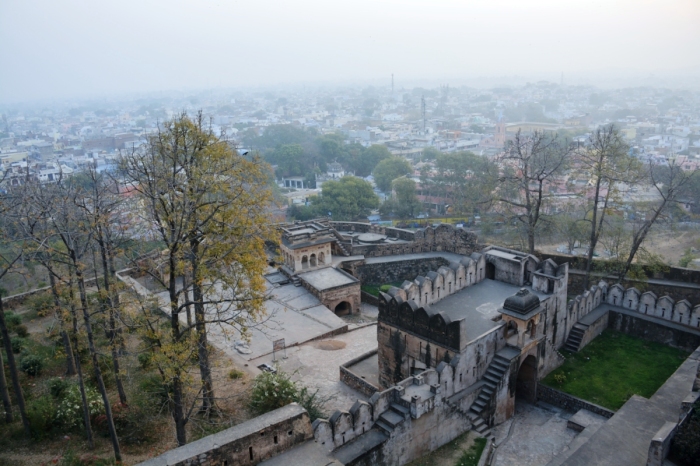 March, The Big Leap, farthest from Home, out of India, solo backpacking to Malaysia.Kuala Lumpur, the largest megalopolis of Malaysia welcomed with all its glory. From Sky Piercing Petronas Twin Towers to the serene Brickfields, The chaotic Chinatown to ethnic Little India.The amazing capital of Putrajaya with its grand mosques, imposing colossal buildings amazed to no bounds. 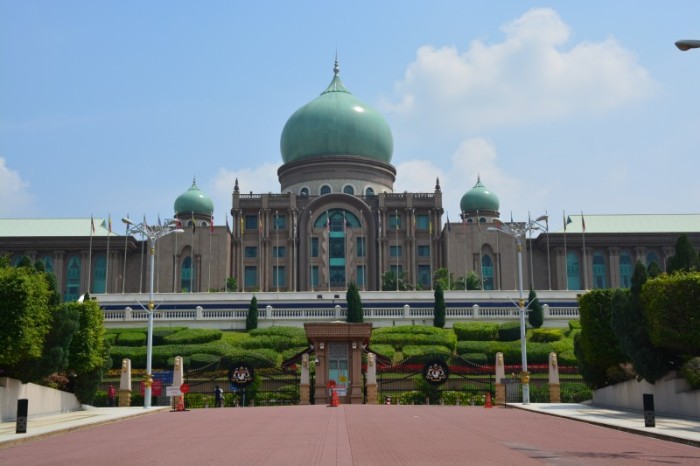 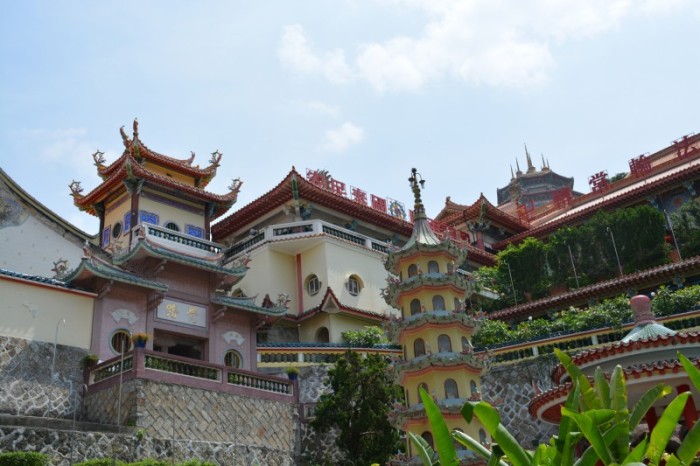 Batu Ferringhi, Penang is a beach that offers ample scope of fun with the sea and the sand. An Full Moon evening on the Bukit Bendera(Penang Hill) is a unforgettable experience. The birds eye view of Penang, the music, food and other entertainment along with a funicular ride is a thing to remember for long.

Here on, I moved to Langkawi Island, Thew Jewel of Kedah, the ultimate tropical paradise Malaysia has to offer. Island hopping around the archipelago, basking in the soft sun and super fine white sand of Beras Basah island, watching a sunset with a carnival like atmosphere in Pantai Cenang was awesome.

Langkawi wonders were not over as I had an adrenaline pumping ride on a twin engined speed boat cruising through the creeks and mangroves of Kilim Geoforest Park and had a sweeping view of the sea, Perdana Quay from the peak of Gunung Matcincang. Panorama Langkawi is a wonderfully created eco tourism initiative where a cable car takes one to the top station and the Skywalk offers a stunning view of the sea along with the coastline from high above the clouds.

Here comes the sultry April. Being fade up with the sweltering heat, ended up in Darjeeling, The Queen of Hills. Enjoyed the cool climes, the tea garden vistas along with the age old walk in the Mall, seeing the Himalayan species in the zoo, tasting different kinds of tea in the tea bars and the quintessential Momo with fiery chutney in the cold evening. 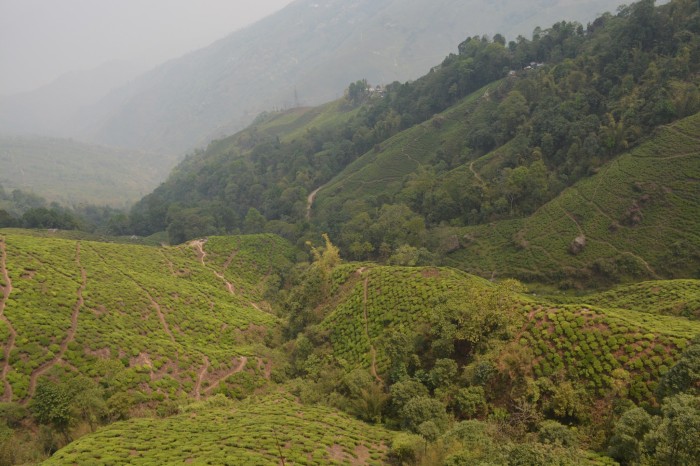 May, June, July were unproductive as professional commitments did not permit to have a break.Still it could not stop from exploring lesser visited places of rural Bengal. The journey through the rain soaked villages and the lush green fields are treat to the urban weary eyes. 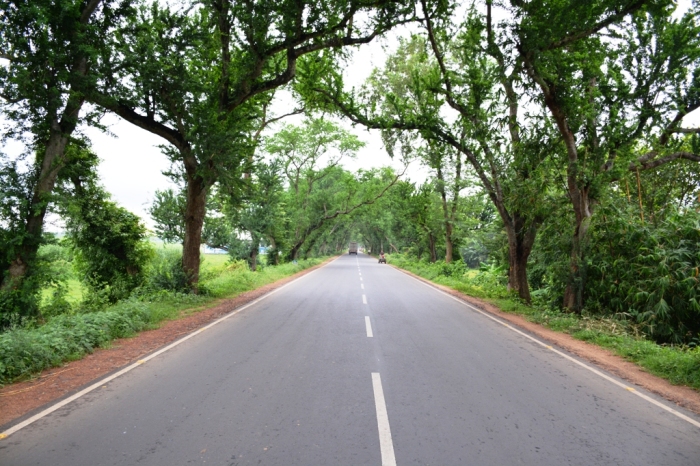 Cheap promotional airfares took me again to the ASEAN in September. Now its Singapore, one of finest and most expensive places in this planet. Singapore mesmerized with its skyscrapers, colonial buildings, world class museums,the colorful quays, the multi ethnic culture,the man made wonders and the carefully preserved natural heritages. 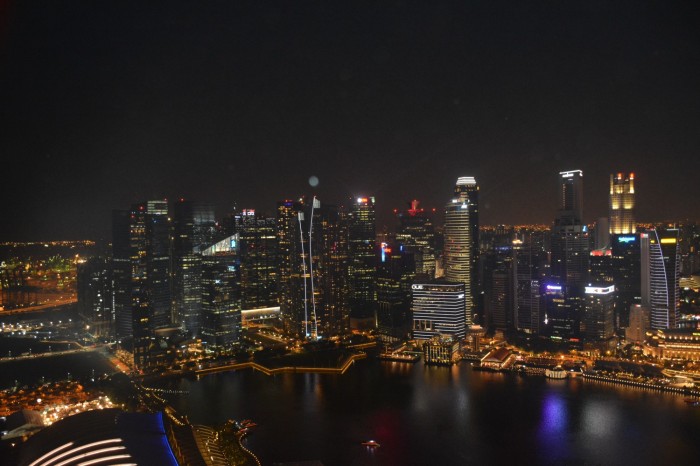 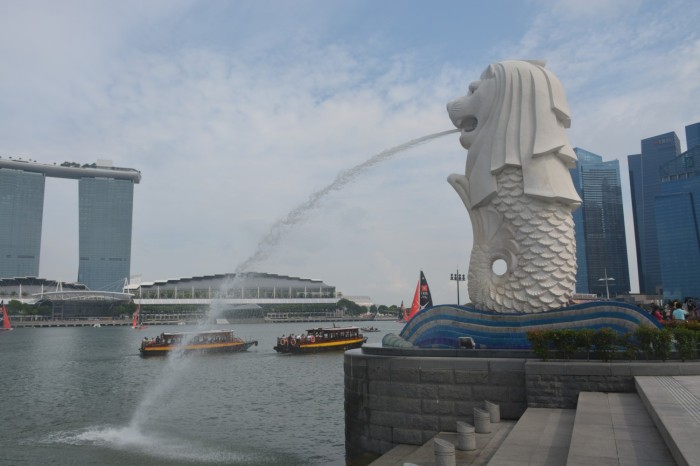 October, The Festive Time, Durgapuja and Kalipuja/Diwali keeps me glued to Bengal to enjoy the festivities.Still managed to witness finest terracotta temples of Kalna.Though Bishnupur is famous for the Terracotta Temples but Kalna is hidden from the crowd and a thing to cherish. 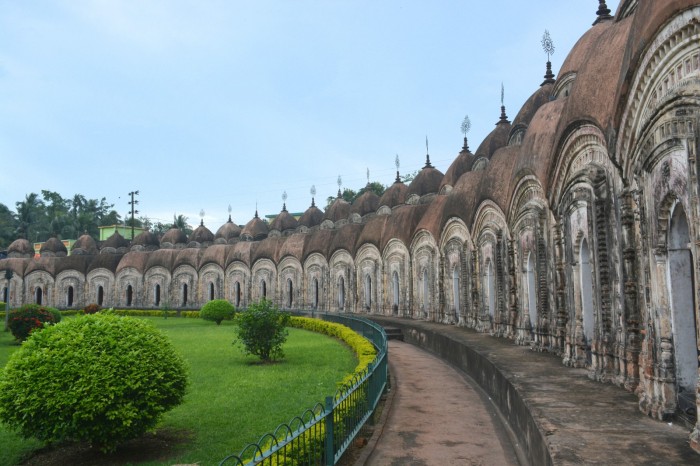 November means, to crave for the clear vista of the snow peaks in Himalayas. I planned well ahead, went and immersed at the jaw dropping scene of Mt Kangchenjunga visible with its full glory all day thorough from Pelling,West Sikkim. Sikkim is my favorite mountain abode and it never fails to impress me. The azure sky, the delightful hill tribes, the charming mountain sceneries, the orang gardens, the waterfalls, all together make it another happy holiday. 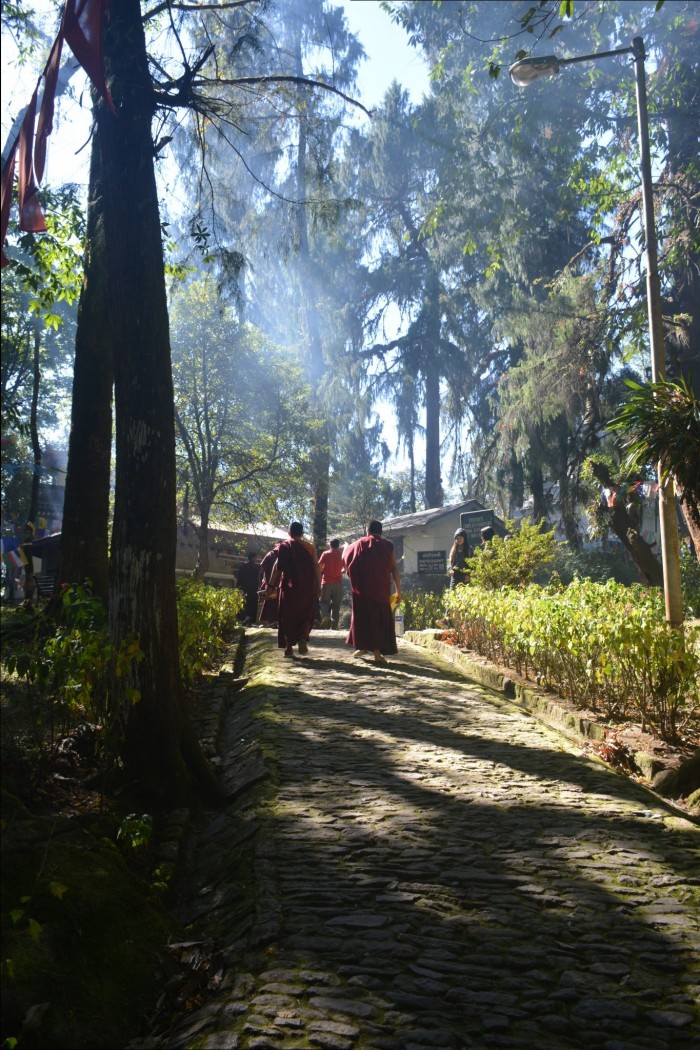 December, time to go the Desert, the Thar. Rajasthan is a state that I love for its grandeur in everything. It is arid, deserted yet full of people, colors, culture, hills,palaces, forts, dunes, folk culture, adventure and pure vegetarian food. Rajasthan is a romantic destination as it is deeply rooted to the past and present of India though the valor and opulence of its erstwhile princely states. The Royals, their palaces, colorful havelis, temples, forts and the immensely colorful lifestyle of this state is bound to mesmerize any visitor. 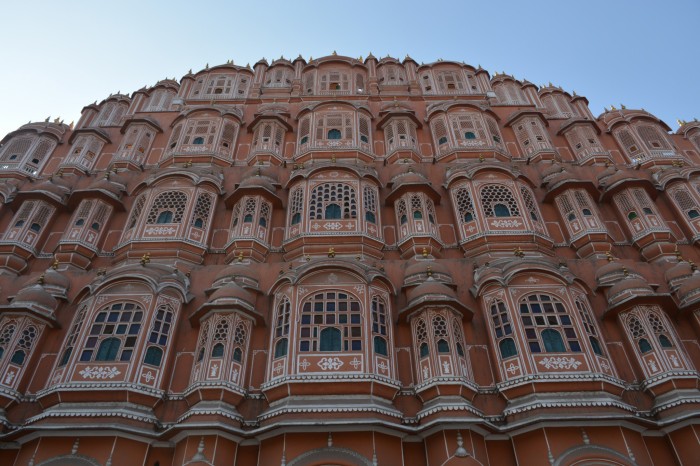 Visited Jaisalmer, the dream came true. The Golden City comes alive in December with tourists all over the world.The Golden Fort, The Golden Havelis, The Golden Railstation and literally, most of the things are golden here. The landscape is also golden with the deserts sand and the dunes. Had a great time in living in midst of vast Thar desert in a camp, watching a sunset after a camel ride, having adventurous jeep safari over the Khuri dunes. 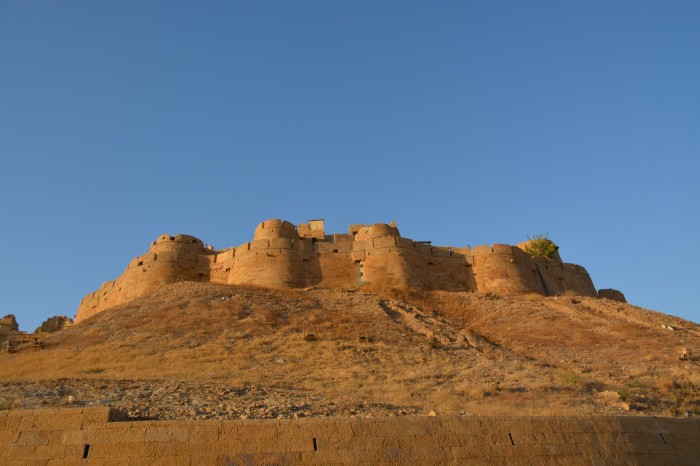 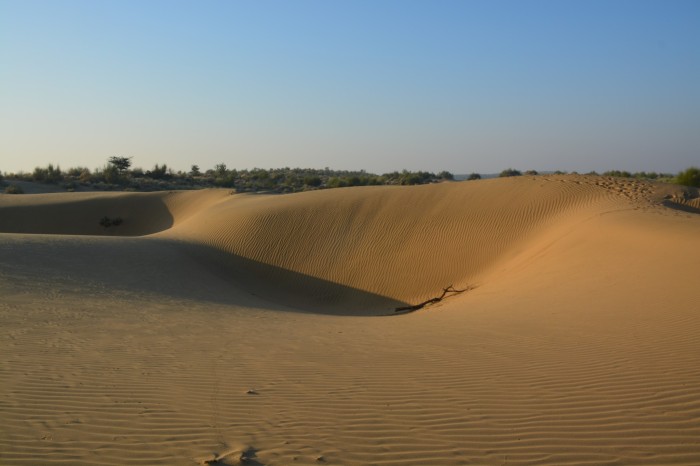 Watched the giant windmills, the fossil stones, the old cenotaphs, spotted Chinkaras, Blackbucks, migratory birds, peacocks and lots of camels off course in the beautiful desert landscape.The little villages strewn among the deserts surviving on limited resources yet so colorful and clean. Enjoyed the folk music along with delicious meals under starry sky around a bonfire as the year drawn to close.

I welcome New Year 2017 on a running train with resolution to travel more and more in my spectacular India and beyond in coming 12 months.

3 thoughts on “Flashback 2016 ~ Exploring India and Beyond”

Follow Tales of Trails on WordPress.com
Join 373 other followers