November, one of my favorite month in the calendar when the sky turns really blue, the heat has gone and it opens the floodgates of wanderlust. November means no rains, moderate heat in the plains and mild chill in the hills and sweeping  clear views of the snow peaks. Thousands of people rush throughout the year to Tiger Hill, Darjeeling for a glimpse of much romanticized  sunrise view of Mt. Kanchenjunga but return without success as the Queen of the Eastern Himalayas play hide and seek in the veil of mist and haze. 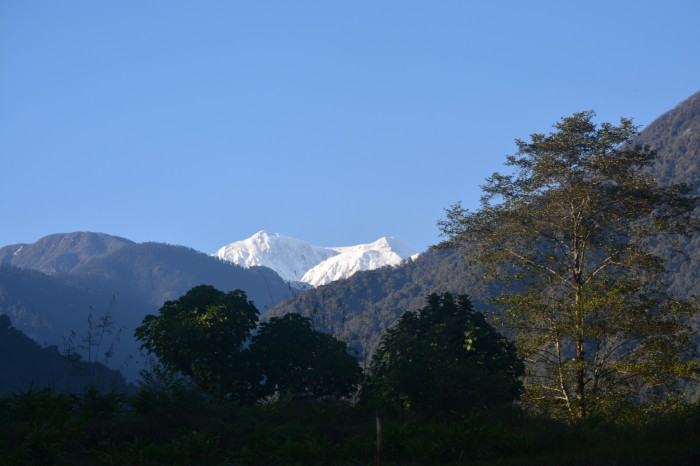 November means the window to get justice for the effort given(and it truly deserves) for chasing Kanchenjunga. The mighty massif prevails over the landscape under clear azure sky of the entire region of Darjeeling Hills of West Bengal and Sikkim. One has to just pick a vantage point and roam around the path most traveled by but only the towering five snow peaks make the difference. 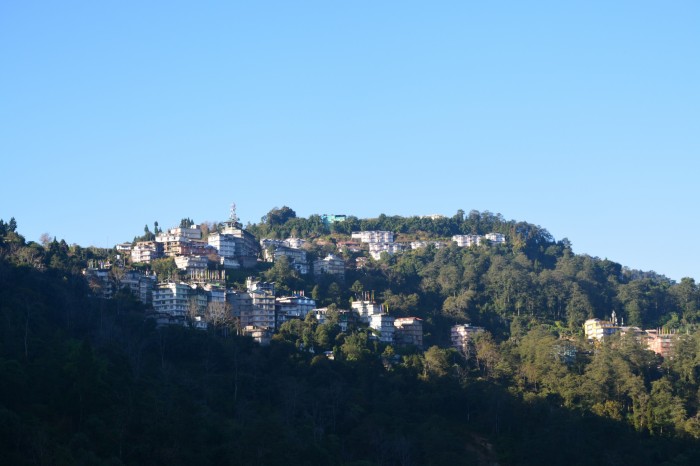 I chose Pelling in West Sikkim for the visual extravaganza for its proximity. Pelling is a quaint little do-nothing town amidst the Himalayan slopes.People come here for might be the best view of Kanchenjunga accessible by car. Dzongri Top and Goecha La offers more proximity but both require few days of trekking above treeline and physical endurance that many do not posses.

Once again good old NJP Station(which means Gateway to the Himalayas) greeted with lure of the mountains. Unfortunately, No Shared Transport available for Pelling or Lesser Known places on the hills. It makes life difficult for solo or travelers on mediocre budget.As a result, one has to hop at several locations escalating both cost and time. Negotiating chaos of Siliguri, once again hit the roads of Sevoke upto Melli on Teesta.Melli to Jorethang, the transport hub Sikkim on a bumpy road in a cramped condition was not quite enjoyable. On arriving Jorethang, found it has transformed to a big transport plaza from a roadside bazaar since 2009. 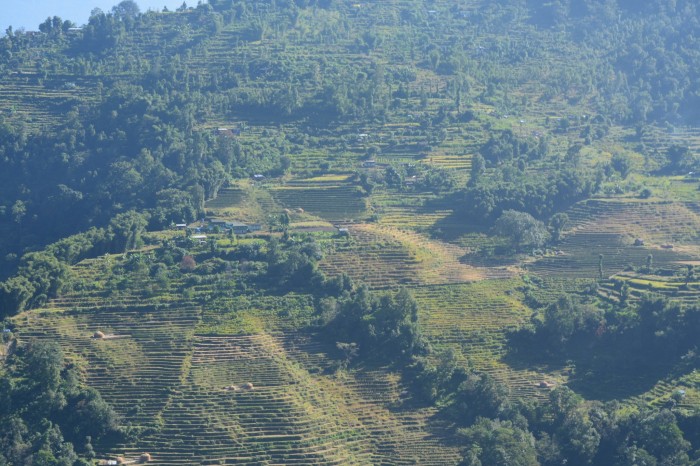 Road from Jorethang to Pelling through Legship is in quite bad shaped. Most of the stretch is a rugged dirt road and landslides has made the entire area like a ruin. Still the alpine vistas and crisp mountain air compensates the ordeal.After around 4 hours finally reached Pelling. As I disembarked from the vehicle after a tedious journey, I was greeted with a jaw dropping sight of Kanchenjunga glittering in golden hue of the setting Sun over the quaint almost dark town.I never expected and neither prepared to see her in such glory without any effort.I knew, I don’t need anything else, it exceeded my expectation, rest all are mere customary. 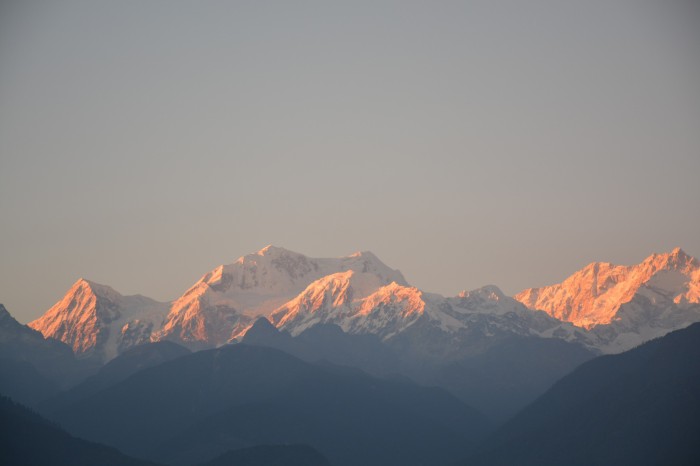 Next morning, Kanchenjunga revealed its ethereal beauty once again with a dramatic sunrise. The five treasures of snow gleamed majestically with first rays of the day. The summits, the cliffs, the glaciers all smiled with the bright soft light. As the day progressed, it shone brighter. It played hide and seek throughout the day as the alpine landscape under the flawless blue sky giggled with joy and proliferated happiness all around. 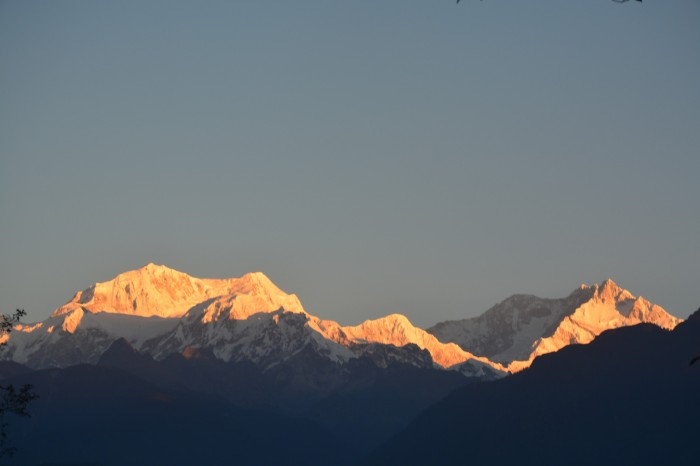 Sights Waterfalls( Rimbi & Kanchenjunga), Orange Gardens, rivers, lake(Khecheopalri & Kathok), monasteries and chortens(Norbu Ghang) all conspired to make a perfect Himalayan affair as we reached Yuksom for a do nothing hideout(Limboo Homestay) under starry night sky and sumptuous Momos.

3 thoughts on “West Sikkim ~ Lure of the Kanchenjunga”